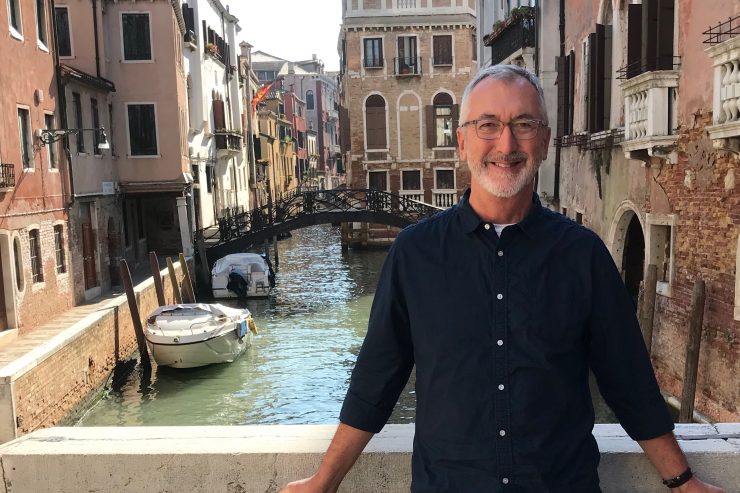 I wrote the majority of my last post during our flight from Tel Aviv to Milan.  After arriving in Milan, we spent the afternoon on a walking tour of this beautiful city, then took the express train to Florence that evening.  It was exciting to arrive in Florence, and just as amazing to arrive at Villa Ventura, an incredible space that was just renovated a couple of years ago.  I loved every moment of the several days we spent in this beautiful home.

On our first full day in Italy we had a wonderful tour that included spending the morning in San Gimignano, then lunch and wine tastings at Principe Corsini.  After lunch, we had another tasting of wines and olive oils at a private estate, Poggio Torselli, one of the most beautiful private homes I’ve ever visited.  After our day of touring and exploring, we returned to the villa and enjoyed dinner on the terrace under the stars in the crisp early autumn weather.

We kicked off the next morning with coffee at Gilli in the Piazza de la Republica (my new favorite coffee ever), then had a walking tour of Florence, culminating in a visit to the Accademia to see some of Michelangelo’s work, including the infamous David.  It was cool to think that only a few days before we had visited the site in Israel where David was said to have slain Goliath.  And then in Italy we were able to see Michelangelo’s unrivaled sculpture immortalizing this historic figure.  We had a nice lunch (where we ran into Mr. Corsini, the owner of one of the estate where we had enjoyed lunch the previous day), then spent the afternoon exploring on our own and doing a little shopping around the Piazza Santa Croce.  We had a nice dinner (I can’t remember the name of the restaurant) but we saw Anna Devere Smith, who played Jackie’s supervisor on the HBO series Nurse Jackie.  Before we left the restaurant, I stopped by her table briefly to tell her how much I respect her work, and she was very kind and generous.  We topped off our full day with gelato at Vivoli, which had been highly recommended by more than one source as arguably the best gelato in Florence.

The following day was a bit more relaxed and less structured.  We HAD to go back to Gilli for their wonderful coffee, then we visited Boboli Gardens.  We did some laundry and I practiced for awhile (it felt so good to play!), then we went to dinner at Il Santo Bevitore, where I tried the oxtail ravioli.

On our last day in Florence, we went truffle hunting with Giulio Benuzzi, aka “Giulio the Truffle Hunter”.  We all learned so much about truffles, and the experience culminated in a delicious lunch that, of course, featured truffles.  One of the most amazing cheeses I’ve ever eaten was served, a truffle cheese made with Giulio’s truffles and the sheep’s milk from a neighboring farm.  I won’t soon forget those delicious flavors.  I had gnocchi for our final dinner in Florence, which made me very happy.

We took a morning train to Venice and spent the rest of the day and the next morning in this magical city.  I’ll admit the throngs of tourists were pretty overwhelming when we first arrived.  But many people come to Venice just for the day and most of the boats depart in the late afternoon.

One of the most incredible parts of our time in Venice was getting to stay in the historic Hotel Danieli, so we escaped the throngs during the late afternoon and napped to prepare for the last night of our vacation.  That evening and the next morning were particularly special, as it seemed we had the city to ourselves compared to our experience earlier in the day.  We walked all over the place, got lost a few times, but found our way back.  Our last dinner in Italy, one of the most memorable of the entire trip, was at Hostaria da Fray.  I am so grateful to Sara and Howard Alexander for planning such an unforgettable trip, and I’m thrilled to have been a part of it.

It’s been great to be back home the past few days, but tomorrow I’m leaving for Houston for our season opening River Oaks Chamber Orchestra concerts.  We have rehearsals the next few days, and concerts this weekend.  Here’s the info in case you can join us in Houston.  If not, join us for the live webcast which you can see and hear no matter where you are!

ROCO’s In Concert series, which showcases the full 40-piece orchestra, kicks off September 27 at Miller Outdoor Theatre, then on September 28 at The Church of St. John the Divine, with “Time for Hope”, a concert built around a world premiere by Lisa Bielawa entitled “Centuries in the Hours”, sung by mezzo-soprano Laurie Rubin. The text for the conductorless work comes from a collection of personal writings by American women of the 18th-20th centuries whose life circumstances rendered them historically invisible. The concert also highlights ROCO’s first-ever Artistic Partner, conductor Mei-Ann Chen, who will be returning each season for spirited collaborations. Chen will lead the orchestra in works by local Houston composer Alejandro Basulto, as well as Franz Joseph Haydn and Judith Shatin, whose piece will be accompanied by photos by Libbie Masterson.

Why do you go away?  So that you can come back.  So that you can see the place you came from with new eyes and extra colors.  Coming back to where you started is not the same as never leaving.