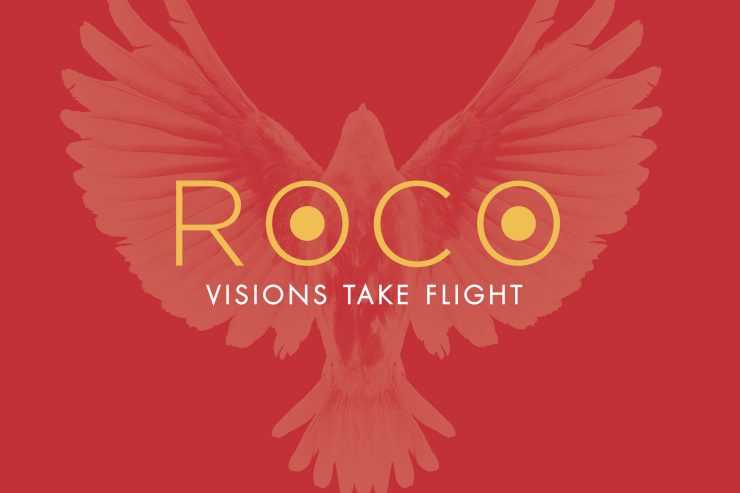 Our first commercial recording was released on November 16 by Innova Recordings, the label of the American Composers Forum.  It’s available on iTunes, Amazon, Google Play, ArkivMusic, and other retailers. If you purchase from a site that offers the opportunity, please be sure to leave a review!

Houston-based ROCO is one of the most innovative, boundary-pushing ensembles performing today, committed to building new connections to audiences, creating new repertoire and embracing new technology. For their debut album, they asked their musicians to pick their favorite pieces from ROCO’s repertoire, and what rose to the top were five of the orchestra’s then fifty-eight world premiere commissions (now going on seventy-five by the end of the current season).

The recording sessions, conducted by Mei-Ann Chen with Grammy-winning producer Blanton Alspaugh, were originally scheduled for August 2017 right when Hurricane Harvey struck, resulting in an eight month delay of the project. The sixth piece, Anthem of Hope: Houston Strong, also by Anthony DiLorenzo, commissioned in honor of the resiliency of the Houston community in the wake of the storm, was added to complete the story of the album.

ROCO is a dynamic and innovative professional music ensemble that flexes from 1 to 40 players from all over the US and Canada, with guest artists from around the world. Performing intimate concerts in dozens of venues, ROCO’s musicians don’t just give concerts – they challenge preconceptions, create extraordinary experiences, and foster new relationships with audiences through the language of music.

Expanding the repertoire, ROCO has premiered over 75 commissions from living American composers. ROCO embraces technology, with free worldwide concert livestreams and real-time artist commentary via a smartphone app, as well as on-demand recordings of past concerts via the Listening Room. A vital part of the community, ROCO concert DVDs are sent to nursing homes and hospitals to bring music to those immobile communities, and their music education/childcare program attracts multigenerational audiences.

“Those who have achieved all their aims probably set them too low.”